Think guerilla marketing is just for big brands with deep pockets? Think again. These brand ideas can be done for your event with a lot less financial outlay than you are imagining.

You’ve undoubtedly heard the phrase – Go Big or Go Home. That is the basis for all good guerrilla marketing. This type of marketing makes a statement and spurs on word of mouth. Thrill your audience and they’ll talk about you.

But how do you make that happen? It takes a little creativity and interest in doing something new. Here are 15 ideas from brands that can easily be applied to event planning. Guerilla marketing takes on many forms but the basic idea behind it is grassroots efforts that make an impact. You can burn through a huge budget or do it on the cheap, as you can see in these examples.

One example of guerilla marketing is using Facebook Live to improve your reach, get people who couldn’t be there excited about your event, and show those who are considering attending what the event is really like. This particular example does a great job of capturing the event’s flavor and energy.

The other thing that is really effective is the secondary call to action of pointing out that the audience is welcome to follow the Snapchat channel as well. While you have their attention with guerilla marketing you should give them something to do.

One of the things that makes guerilla marketing effective is when you can catch the eyes of the press. This happens when something out of the ordinary occurs. When Mini Cooper was launching in the US, they placed the tiny car on top of a Chevy Suburban and drove it around 12 markets to get people talking. That idea paid off when the press latched on. The PR stunt made for great images on the press end and on sites like Instagram and Facebook.

3. Get Your Name Out There: Publications

This concept is used by many publishers of magazines. Invite readers to share a picture of themselves holding your publication (or conference agenda) anywhere in the world. Give them a hashtag to use and call them out in your next edition. People love seeing themselves on social media and in print. Hopi Hari is an amusement park in Brazil. It used a clever advertising campaign that played up the fun of their brand. They placed pictures of people riding a roller coaster with their hands up in the air on the steps of an escalator. It tied in a sense of fun nicely as those looking at the steps couldn’t help but want to raise their hands as well.

Gen Con is billed as the longest-running gaming convention in the world. A few years ago they created a community on Reddit that could help attendees get the most out of the event. Topics included volunteer work questions as well as player meetups. It gave attendees a forum to socialize before the event.

Reddit is an ideal site to work with to find industry influencers, especially for niche areas. You can even find groups you may have thought were no longer in existence like Dungeons and Dragons. Remember, not all guerilla marketing is show ponying. Some of it is just reaching out to people who can help you get the word out in inventive ways.

One of the trendsetting types of guerilla marketing was the amateur video “documentary” that was used in the Blair Witch project. The movie makers didn’t want to release just an ordinary horror movie so they used storytelling to ensure people were second guessing whether Blair Witch was a real story or not.

It used amateur-looking video to make it look like it was just a bunch of ordinary people filming. This idea has been duplicated countless times now but it created so much stir, people had to go see the movie for themselves.

If you’ve ever spent time in New York City, or other major city, in the colder months you’ve no doubt seen steam rising from manhole covers. Folgers Coffee used that to their advantage and painted several manhole covers as the tops of coffee cups. The natural steam got people thinking about a nice cup of hot coffee, (as long as they didn’t breath the smell in).

You can do the same to advertise your large event by incorporating the natural things around your host city that would help people think of you.

The Arizona Science Center launched a campaign called Never Stop Wondering that they used to draw attention to their organization and mission. They crafted interesting videos with common questions. But they also took on the tough ones with posters of asparagus near the urinals. We’ll leave the rest of the “wondering” about that campaign up to you, dear reader.

In a fun campaign held in Madrid for the popular dating site, Match.com hired an actor to portray a prince. He walked through the crowded streets with a glass slipper looking for his love. The Match.com team followed behind him passing out information about the dating site and instructing people on how to find their “true love.”

Another group that used Facebook Live for spectacular results was Buzzfeed, They used the popular streaming abilities to host a live dance battle with audience voting. The audience could also submit dance suggestions. What followed was complete hilarity. The contestants were employees and it helped the audience really get to know the organization. Buzzfeed kept the frivolity going for a full 30 minutes.

11. Have Fun with Nostalgia: South of the Border

South of the Border is a tourist destination located off of I-95 over the border of South Carolina. For 60 years, motorists on that route enjoyed billboards for 100 miles or so alerting travelers of this testament to roadside kitsch. While South of the Border no longer uses the large number of signs they once did, thousands of families relied on this place and their signs, known for their bad puns, to keep the kids quiet on those seemingly endless road trips.

While billboards may not work for your event, you can use signage to entertain people in this way. Place them everywhere and use obvious humor to make people groan. Set up a pattern and they’ll soon be looking for them. Signage not an option? You could create the same idea through a masterful email drip campaign.

Do you remember when we had cameras that required film? And maybe you even remember the genius someone used when they first set disposable cameras on wedding tables and asked guests to capture the event? It was an incredibly engaging activity because it was fun and helped the bride and groom capture moments they might not otherwise have shared in.

Playing off a similar concept, pub and brewing company Greene King worried that the local bar would be replaced by large franchises and corporate retail so they gave individuals video cameras to capture what was so special about the local watering hole. The videos tugged on heart strings but also brought some sentimentality to the brand.

You could give your attendees video cameras or urge them to capture video on their phones and upload it with a hashtag. Attendees will record things your videographer misses. Plus because they’re a part of the creation, they’ll share the videos with their audience.

Greene King also give advice, training and support to their pub landlords to get the most out of social media and digital marketing.

Okay, we’re back to Mini Cooper again but this example of guerrilla marketing shows sometimes the risk is worth the reward. Street Factory Media posted a styrofoam Mini Cooper on the side of a building as part of a marketing campaign. While the Houston company was fined by the city, and ordered to remove it immediately, they also received free front-page coverage in the Houston Chronicle. Return on investment is what matters here. Sometimes a fine is cheaper than what you’d pay for the exposure.

Guerilla marketing isn’t always set up like a circus sideshow. Sometimes it’s just about sending free items to industry influencers or celebrities. Dr. Dre sent his Beats headphones with the union flag colors to several Olympians competing in the London games, thus bypassing the strict sponsorship and branding rules of the Olympics. The athletes then tweeted about getting theirs and soon he had some very famous brand ambassadors.

You can do the same with your event using industry influencers. And it will be a whole lot easier not having to worry about the Olympic restrictions.

15. Cause a Ruckus: Medecins du Monde

In late 2005, Medecins du Monde wanted to bring attention to the plight of the homeless in Paris. They gave away easy to set up tents to homeless people all over the city. Not only did this provide needed shelter, it called attention to just how many homeless people there were. It may be easy to look past a person sitting on a doorstep but you can’t ignore hundreds of tents in what is billed as one of the most beautiful cities on earth. Needless to say, the French government allocated millions of emergency funds to establishing homeless shelters because of the tents.

You can use this same method by calling attention to future attendees by giving them badges for their websites or funny shirts. The point is to give them something that identifies them but also makes people look. A simple badge of “I’m attending ____” won’t draw the attention you want.

While guerilla marketing is hugely popular with brands, it doesn’t mean you need a lot of money or a product to be successful. A lot of these examples could easily be applied to events as well. Remember, the point is to wake people from their slumber and create buzz. This can be done as inexpensively as using chalk on a sidewalk all the way to placing a giant ape on the side of a building. Grassroots support and interest is what’s most important in this incredibly engaging type of marketing.

We welcome your staffing inquiries USA & Canada www.nationaleventstaffing.com/video with over 13 years in the business, we really know our stuff and we’re always happy to help! (-: 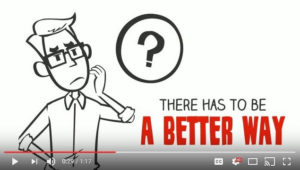 Article Source: Guerilla Marketing for Events. 15 Brands We Can Learn From and www.nationaleventstaffing.com/blog